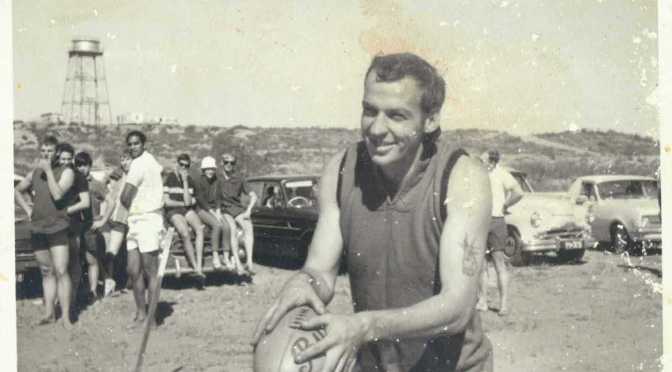 In the 1960s, footy games were played on a sandy patch cleared of rocks and stones.

According to Pat Love, legendary goal scorer for Panthers and Rovers, playing footy games in bare feet was easier on these sandy Pilbara ovals.

Colin Matheson‘s football collection has lots of photos capturing the tough breed of footballer in the Pilbara.

This photo collection is a draft.  Please excuse the amateur attempt and publishing software notation across the screen.  A better version will be updated shortly.

According to Mickey, the oval would get flooded at high tide.  At the time, the creek flowed around the Esplanade Hotel and would flood a pond covering a quarter of the oval.

From memory there was also a football oval on the corner of Wilson Street and Cooke Point Drive on the west side of the road.  It too would get flooded.

Eventually in 1969 a sandy oval was made in the middle of the race track.   Determined to get a grassed oval in Port Hedland to match that of Goldsworthy, in 1971 Colin Matheson used his election to the Port Hedland Shire Council to implement the infrastructure required for Port Hedland’s first grassed oval, complete with recycled effluent water for irrigation.  Ref: Johnny Come Lately, 1997, p.  172. 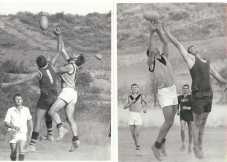 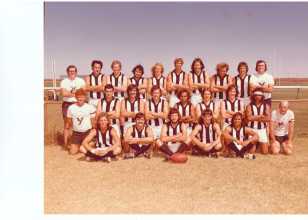