Pier Panthers were founded in 1967 by founding member Pat Love the first coach.  Pier Panthers and Towns (Rovers) were the two teams representing the Port Hedland Football Association from 1967 to 1968.

The team, originally called Pier Panthers, were based at the Pier Hotel with Eric Pratt the manager.  Panthers won the first two real premiership in the De Grey Football Association which commenced in 1969.

Barry Milner was the Captain Coach of Panthers at the toss of the first premiership in Port Hedland – Pier Panthers v Rovers.

1ST PENNANT TO THE PANTHERS

Rovers, who started favourites for the first premiership flag in the De Grey Football Association failed when they could not keep pace with the determined Panthers in the last half of the game on Sunday.

At half-time the teams were level with 4.4 each, but Panthers ran away in the third quarter to take a commanding lead.

Rovers and Panthers dominated the association competition and except for one game, lost only to each other during the season.

Both teams finished with the same number of premiership points in the qualifying rounds.  Rovers had the better percentage.

Panthers won two our of the three clashes with Rovers during the year but were easily beaten by Rovers in the second semi-final.

Panthers big ruckman Fred Murphy was the best on ground in the grand final and won the De Grey Football Association medal.

The medal was donated by Mr Eric Pratt for the fairest and best in the game.  Murphy polled six of a possible 12 votes.

Murphy took control of the ruck early in the game and was not beaten.  His towering marks around the ground were a highlight of the game.

Some personalities of Panthers include: 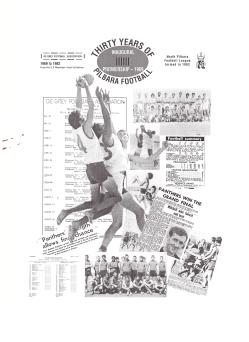 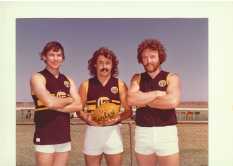 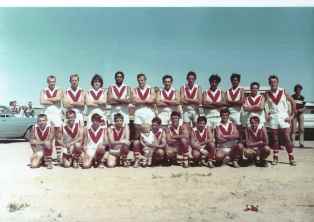 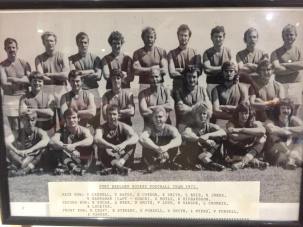 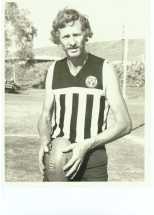